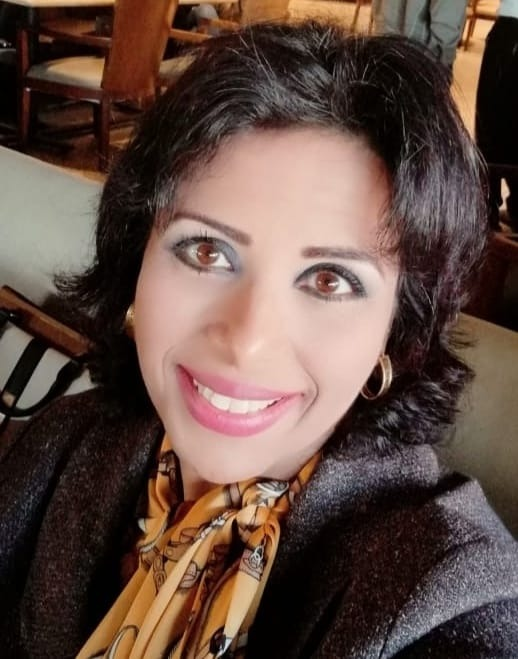 Fadoua Amer graduated from the Faculty of Arts, Alexandria University, Department of French Language. She worked as a teacher at the French Cultural Center immediately after graduation and then started her career at the Library of Alexandria. She started to work in the Administrative department and then at the Institute for Peace Studies since its inauguration in 2006. She moved to the Center for Democracy and Social Peace Studies at the Library and resigned in 2015 to start working as a freelance editor in peace studies.

She received a summer training course on nonviolent conflict at the Fletcher Institute, Tufts University, USA, in 2007, followed by another one in Conflict Resolution, Negotiation and Mediation, and Culture of Peace from the United Nations University of Peace (UPeace). She also received a training course in conflict resolution from Johns Hopkins University, USA, and has been trained in International Migration law and Refugee Law from the National Council for Human Rights in Cairo (UNHCR).

She participated in developing the conflict resolution and negotiation and mediation curricula which were taught at the Institute for Peace Studies of the Library of Alexandria. She also co-authored the “Know Your Religion & your World” guide as part of Al Nahda series, published by the Karamah Association of Muslim Female Lawyers in the United States. She also participated in the development of a training manual to facilitate community dialogue to counter violent extremism, published by the United Nations Development Office in Tunisia (UNDP-Tunisia), and participated in the development of the first glossary of terms for peace studies and conflict resolution in Arabic, which was supervised by the Iraqi Ministry of Higher Education. She also co-edited several reports in the field of Peace Studies.

Along with her freelance work as a conflict resolution specialist, she writes short stories and has published her first book entitled “The Fire Trio: Earth, Water and Air” in January 2020.

Fadoua lives in Alexandria, Egypt.  She is fluent in Arabic, English and French.